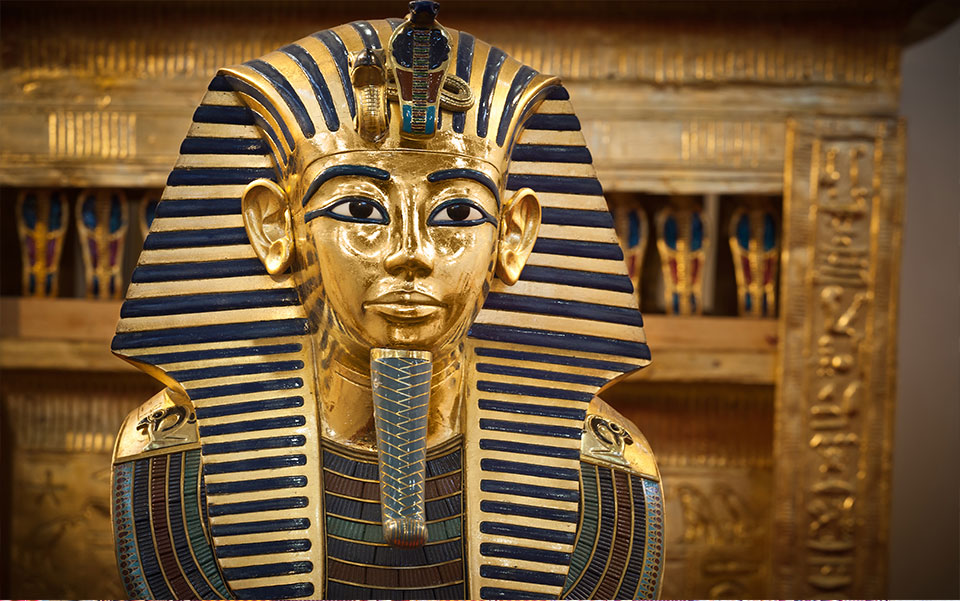 Tutankhamun is the youngest king ever to ascend to the Egyptian throne. He was only nine years old when he became the King of Egypt the 18th dynasty of the new kingdom, and his reign lasted to 10 years. During his brief reign, the young pharaoh tried to reverse the religious instability caused by his father, Akhenaton.

In addition, he worked with his strong advisers Horemheb and Ay to restore Egypt’s stature in the region. However, his efforts were mostly forgotten upon his death. King Tut was tall but physically weak. He had a disabling bone disease in his left foot. He is the only Pharaoh who was always pictured seated while participating in any physical activity. CT scans in 1995 proved that the king had an infected broken left leg, while DNA from his mummy detected evidence of many malaria infections, all of which may have resulted in his early death. After his death, King Tut was mummified following the Egyptian religious tradition, which consisted that royal bodies should be well preserved for the afterlife. Embalmers took away his organs and covered him in resin-soaked bandages, a 24-pound solid gold portrait mask was laid over his head and he was surrounded by a series of containers including three golden coffins, a granite sarcophagus, and four gold plated wooden shrines. Tutankhamun tomb was discovered in 1922 by the British archeologist Howard Carter in the Valley of Kings, across the river from ancient Thebes.

His preserved tomb contains a wealth of things that give us unique insights into his reign period. His tomb contains more than 5000 well-preserved artifacts: chariots, clothes, weapons, and walking sticks. Artifacts from King Tut’s tomb have toured many museum shows across the world, including the worldwide 1972-79 “Treasures of Tutankhamun” exhibitions. However, today some fragile artifacts, such as the burial mask, are not allowed to leave Egypt anymore. Tutankhamen’s mummy is still on display within the tomb, and his coffins are replaced with a climate-controlled glass box to better preserve the mummy.