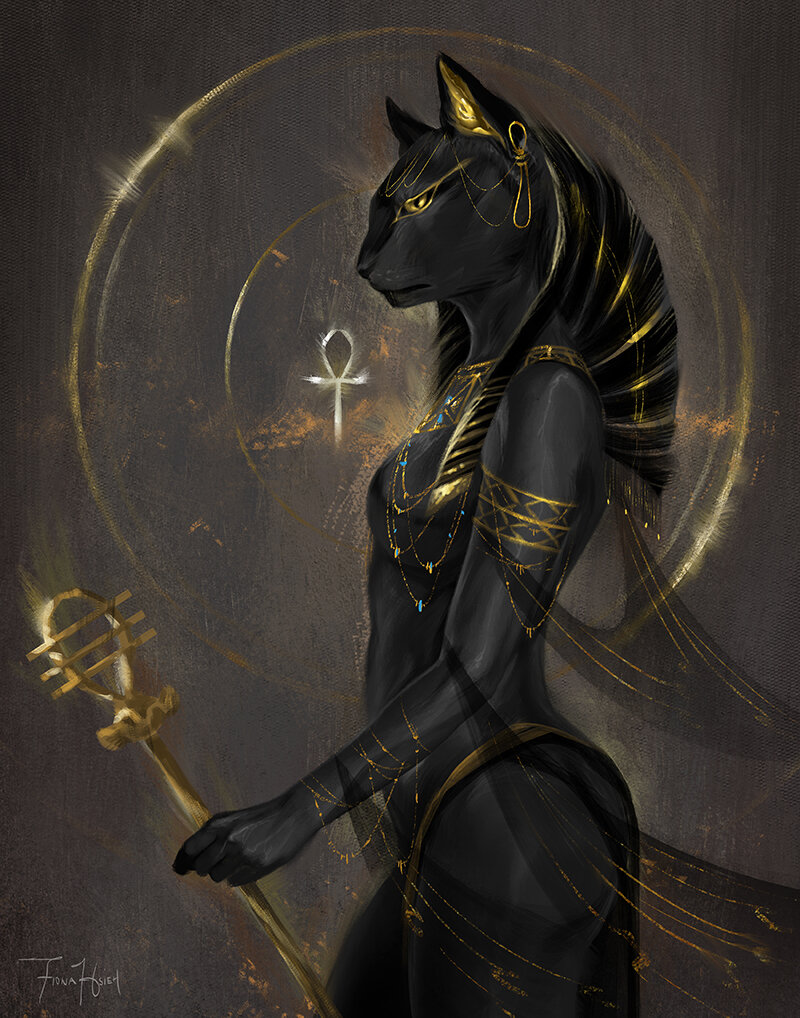 Bastet is the Egyptian goddess of the home, domesticity, women’s secrets, cats, fertility, and childbirth. Bastet Goddess protected the home from evil spirits and disease, especially diseases associated with women and children. As with many deities in Egyptian religion, she also played a role in the afterlife as a guide and helper to the dead although this was not one of her primary duties. She was the daughter of the sun god Ra and is associated with the concept of the Eye of Ra and the Distant Goddess.

Bastet goddess was extremely popular throughout Egypt with both men and women from the Second Dynasty of Egypt onward with her cult centered at the city of Bubastis from at least the 5th century BCE. She was first represented as a woman with the head of a lioness and closely associated with the goddess Sekhmet but, as that deity’s iconography showed her as increasingly aggressive, Bastet goddess’s images softened over time to present more of a daily companion and helper than her earlier forms as savage avenger.

Although she was greatly venerated, she was equally feared as two of her titles demonstrate: The Lady of Dread and The Lady of Slaughter. She is associated with both Mau, the divine cat who is an aspect of Ra, and with Mafdet, goddess of justice and the first feline deity in Egyptian history. Both Bastet and Sekhmet took their early forms as feline defenders of the innocent, avengers of the wronged, from Mafdet. This association was carried on in depictions of Bastet goddess’s son Maahes, protector of the innocent, who is shown as a lion-headed man carrying a long knife or as a lion.

In Bastet goddess’s association with Mau, she is sometimes seen destroying the enemy of Ra, Apophis, by slicing off his head with a knife in her paw; an image Mau is best known by. In time, as Bastet goddess became more of a familial companion, she lost all trace of her leonine form and was regularly illustrated as a house cat or a woman with the head of a cat often holding a sistrum. She is sometimes rendered in art with a litter of kittens at her feet but her most popular depiction is of a sitting cat gazing ahead.

By the time of the Pyramid Texts she was associated with the king of Egypt as his nursemaid in youth and protector as he grew. In the later Coffin Texts, she retains this role but is also seen as a protector of the dead.

Her cult center at Bubastis in Lower Egypt became one of the richest and most luxuriant cities in Egypt as people from all over the country traveled there to pay their respects to the goddess and have the bodies of their dead cats interred in the city. In Egyptian art, her iconography borrowed from the earlier goddess Mafdet and also from Hathor, a goddess associated with Sekhmet who was also closely linked to Bastet goddess. The appearance of the sistrum in Bastet goddess’s hand in some statues is a clear link to Hathor who is traditionally seen carrying the instrument. Hathor is another goddess who underwent a dramatic change from a bloodthirsty destroyer to a gentle friend of humanity as she was originally the lioness deity Sekhmet whom Ra sent to earth to destroy humans for their sins. In Bastet’s case, although she became milder, she was no less dangerous to those who broke the law or abused others.

The goddess was worshipped primarily at Bubastis but held a tutelary position at Saqqara and elsewhere. Wilkinson writes

The goddess’s popularity grew over time and in the Late Period and Graeco-Roman times she enjoyed great status. The main cult center of this deity was the city of Bubastis. The festival of Bastet was also described by Herodotus who claimed it was the most elaborate of all the religious festivals of Egypt with large crowds participating in unrestrained dancing, drinking, and revelry. The popularity of Bastet goddess, however, made her celebration of particular significance in Egyptian culture. It seems both men and women served as her clergy and, as with the other Egyptian deities, her temple at Bubastis was the focal point of the city providing services ranging from medical attention to counseling to food distribution.

Bastet Goddess, in fact, was second only to Isis in popularity and, once she traveled through Greece to Rome, was equally popular among the Romans and the subjects of the later Roman Empire.

The popularity of Bastet Goddess grew from her role as a protector of women and the household. As noted, she was as popular among men as women in that every man had a mother, sister, girlfriend, wife, or daughter who benefited from the care Bastet provided. Further, women in Egypt were held in high regard and had almost equal rights which almost guaranteed a goddess who protected women and presided over women’s secrets and especially high standing. Cats were also greatly prized in Egypt as they kept homes free of vermin, protected the crops from unwanted animals, and provided their owners with a fairly maintenance-free company. One of the most important aspects of Bastet’s festival was the delivery of mummified cats to her temple. When the temple was excavated in 1887 and 1889 CE over 300,000 mummified cats were found.

Bastet goddess was so popular that, in 525 BCE, when Cambyses II of Persia invaded Egypt, he made use of the goddess to force the Egyptian’s surrender. Knowing of their great love for animals, and cats especially, he had his soldiers paint the image of Bastet goddess on their shields and then arranged all the animals that could be found and drove them before the army toward the pivotal city of Pelusium. The Egyptians refused to fight for fear of harming the animals and offending Bastet goddess and so surrendered. The historian Polyaenus in the 2nd century writes how, after his victory, Cambyses II hurled cats from a bag into the Egyptian’s faces in scorn that they would surrender their city for animals. The Egyptians were undeterred in their veneration of the cat and their worship of Bastet goddess, however.  Her status as one of the most popular and potent deities continued throughout the remainder of Egypt’s history and on into the era of the Roman Empire until, like the other gods, she was eclipsed by the rise of Christianity. 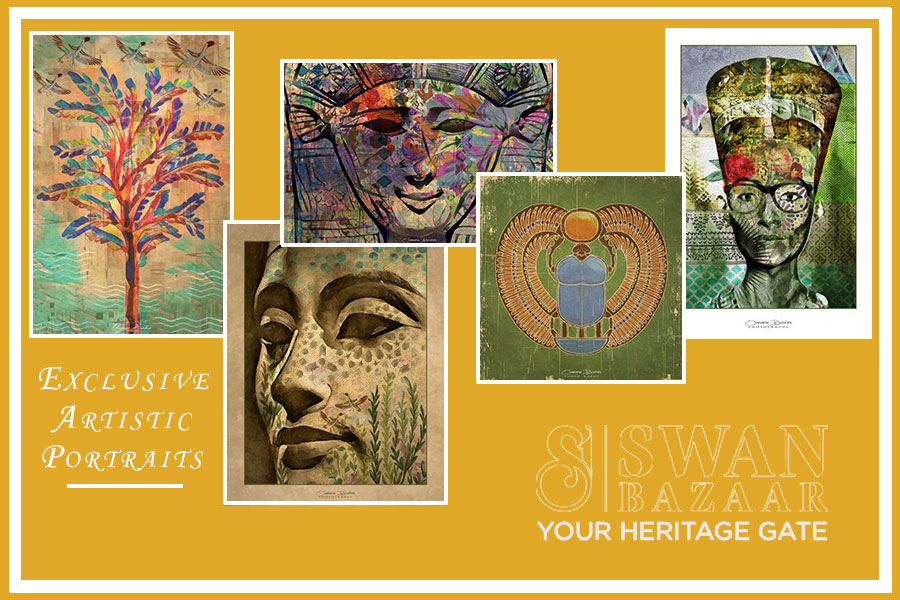