Follow the Progress of Oriental Rugs’ History and Motifs 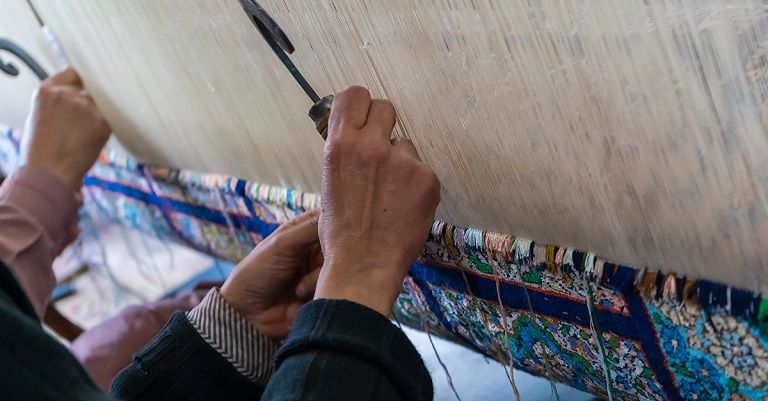 Oriental Rugs is the term given to any hand-knotted rug. The origin of hand-knotted rugs varies, as it appeared in many nations and each was featured by an identifying point. As each carpet was weaved had a specific unique kind of beauty that is recognized as soon as the carpet is seen. The ancient carpet weaving centers were in the Near East and Far East. It had mainly flourished in Turkey, North Africa, the Caucasus, Iran, Afghanistan, Pakistan, India, China and Nepal. Each of those nations had their own folk touch, and technique that was identifying them. Rugs were flourished in all those areas in different levels, however, the exact origin of hand-woven carpets is not defined. The first hand-woven carpet survived piece is called “Pazyryk Carpet”. It is back to 400-500 BC. It was discovered in Serbia between1947-1949. However, now it exists in the Hermitage Museum in Leningrad. Today’s Carpets are following the same earlier method of weaving carpets as the survived example of “Pazyryk Carpet”. The weavers use the same motifs of rugs as the original to remain beautiful and real. Oriental Rugs Designs were mainly made from three fundamental elements; unite, a repetition, and a system that mingles both. There were two familiar patterns, forming the different designs. Firstly type was to fill the entire field with one repeating motif. It was known as an “all-over design”. Second type was known as “medallion” design, it was made by centering a dominate medallion, around which the rest of the design is ordered. Third type was “Pictorial Design”

First type was known as “All-Over Design”. It has three main patterns:

Second type of Rugs Designs was “Medallions”. It was consisting of a Medallion t the center with surrounded symmetrical patterns. It was originated in the earlier 16th century I n Iran. The classical early Tubriz Medallion Carpets of this period were oriented with a beautiful large-scale Medallion with floral and leaves surroundings shapes.

Last type was “Pictorial Design” in the 18th and 19th centuries some workshops have pretested against the common abstract patterns that were used at that time. They tended to use objects depicting from prose and poetry. They depicted some scenery of hunting, country life and mythical subjects. Wool and silk were mainly used for weaving the rugs.