Egyptian Papyrus: The Written History Raised on the Nile River 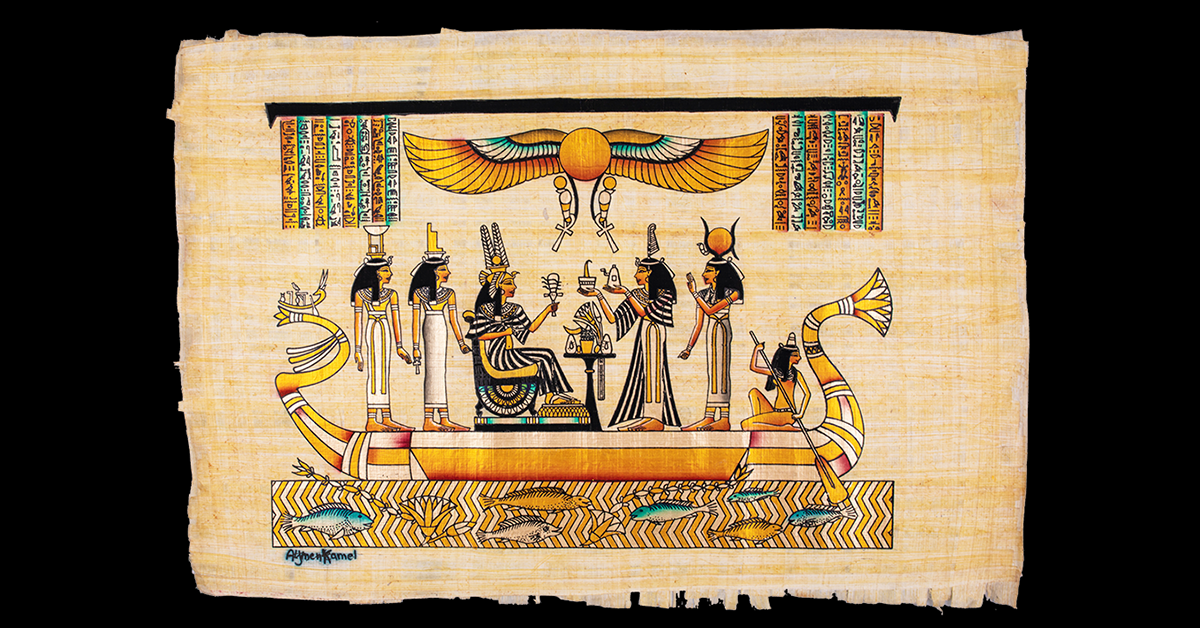 Egyptian Papyrus: The Written History Raised on the Nile River

Papyrus is the most Ancient Method used in Writing and Drawing in Egyptian history. Papyrus was a very familiar plant in ancient Egypt. It was involved in many usages; mainly it was used in writing and drawing materials. It was also used in making baskets, floor mats, clothing, and footwear. Its usage as writing material refers back to the Predynastic times. Unfortunately, the Ancient Egyptians left a very Little Evidence about the manufacturing process of the Papyrus. However, there were some writings on the Egyptian temples and museums’ walls about the process of how the papyrus was made.

The dense reeds thickets were mainly cultivated in the shallow freshwater marshes along the Nile River. Those reeds were the plants from which the papyrus was made.  Each plant often grew to a height of 6 to 10 feet. Then the harvested Reeds are cut into equal lengths after the inner yellowish-white path is removed from the reeds. The Reeds were to cut into strips in equal lengths. After that, the strips were to be inlaid side by side in the right angle to produce a piece of paper. After inlaying the first layer, there is a second layer is applied to it. The pressure was to be applied on the layers by a weight or a special kind of Hammer. Finally, the paper is dried in the sun and rubbed smooth with a piece of ivory or shell, and the edges to be trimmed.

After the manufacturing of rough papyrus paper, our talented and professional artists paint ancient Egyptian scenes on the papyrus. They use Gouache paint, which is the paint used by Ancient Egyptian artists. It is a combination of water and oil colors, which gives the scene a sense of originality and value. Gouache paint has a heavy and lovely texture that absorbs light rather than reflecting it, creating a very smooth appearance. This makes it ideal for opaque coverage.