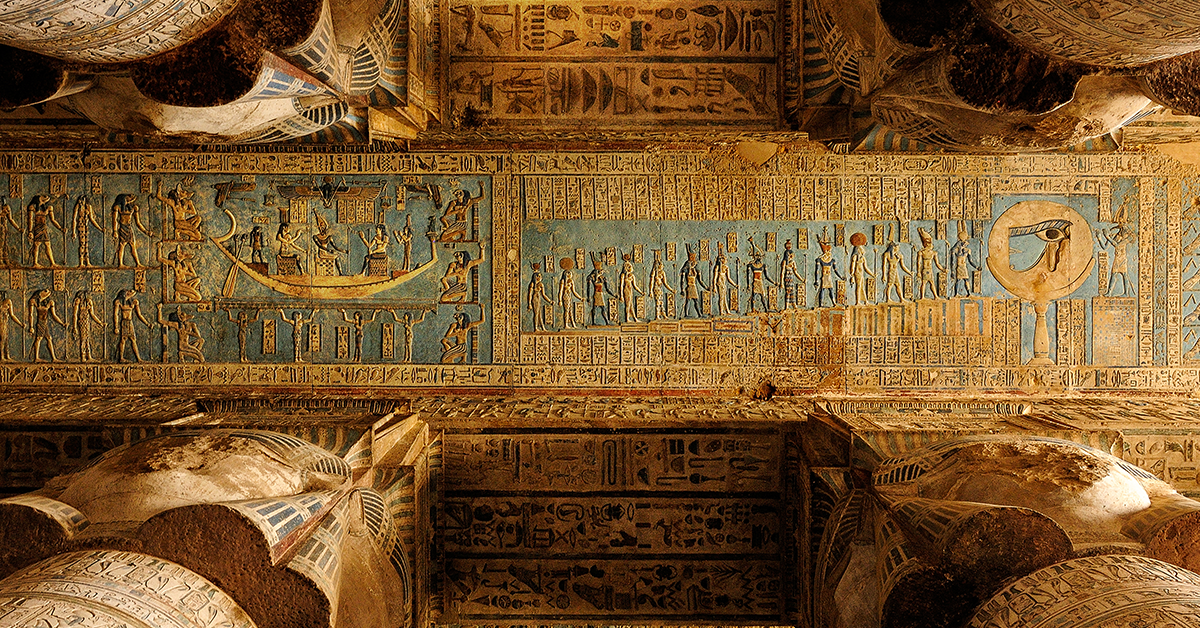 At a time while the whole world was surrounded by unknowns and fear, the Egyptian Gods and Goddess took their journey unveiling the mysterious facts of the world. They sought, using their instinct to realize the truth of nature and reality. The ancient Gods and Goddesses were a representation of complicated ideas and beliefs. Through the written history on the walls of temples and tombs, their unified deities were identified. Alongside with the Gods, the demons existed in ancient Egypt; they had distinct roles and duties.

Depending on the duties and roles of both Gods and demons, Ancient Egyptian demons were the identification of supernatural powers. However, they were neither all-knowing nor the most powerful. They were more powerful than a human, on the other hand, not as powerful as Gods and Goddesses.

The most efficient and powerful demon was “Ammut”.  He was the Devour of The Dead. He was a figure that gathers between the features of a lion, crocodile, and hippopotamus. Ammut was mostly seen in feathers. Ammut was devouring the wreaked dead, whose hearts were heavier than the truth feather. For the believed fact that those wreaked dead did not deserve the afterlife world.

Ra, he is remarked in the Egyptian historical writings as one of the most prominent Gods. He was the God of the Sun. Ra was depicted on the Temples’ walls as a man with a hawk head and headdress with a sun disk. Eventually, Ra accompanied by Amun God, they together became Amun-Ra God. Then, Amun-Ra God became the dominate God in the Old Egyptian Kingdom. He was the King of all gods and the ruler of the Great Ennead, due to his power, gathering the hidden force of the wind and the majesty of the Sun.

Anubis, the god of the dead and the underworld. He was depicted as a Jackal-Headed God. He was the Son of Seth God and Nephthys Goddess. Anubis is known in history as “The Protector of the Dead”. He was closely associated with mummifications and graves. He is seen in the ancient Egyptian paintings on the walls of temples and tombs as the guidance of the dead souls to the afterlife.

Osiris, the Dead God. He was the Husband of Isis who brought him back to life after being murdered by Seth. Osiris was the first King of Egypt and was believed to be the God of Gods who brought civilization to all mankind. He was the Lord of the underworld and the Judge of the dead. Osiris was depicted as a man, in most scenes blue colored, the color of the dead. He wore a white crown of Upper Egypt flanked by two plumes of feathers. He was depicted, holding in his hand a crook and flail of kingship.

Hathor, the Great one among many names. She is an Egyptian Goddess who was a real depiction of the ancient Egyptian woman. Hathor was shown as a woman, wearing on her head cow horns fixed between them a solar disk. She was the Goddess of love, pleasure, beauty, and music. Her name was mentioned in all the situations of women’s beauty, health, and fertility. Hathor was the idol to all Egyptian women for her beauty and elegance. She was embodied in women’s mirrors and the finest accessories made of turquoise, copper, and gold. She was also known as the “Lady of The Sky” due to her being the Goddess of the Sky. In other contexts associated with Nut, she was called as the “Mistress of Heaven”. She was mostly worshipped by Women.

Isis, “The mother of Gods’, she was the first daughter of Nut, the Goddess of the sky and Geb the God of the Earth. Isis was the Goddess of Magic, rebirth, and healing. She was shown in the ancient Egyptian Culture as Throne Crown, shaped in a hieroglyphic letter of her name. However, in other cases, she was shown wearing a vulture crown, representing justice and morality. Isis was usually the mother Goddess who brought Osiris back to life, after being murdered by Seth.

Horus, the God of the sky. He is the divine son of Osiris and Isis. He was depicted as the Falcon-Headed God. His name was usually associated with the sky and welfare. However, he was the enemy of Seth, his uncle who murdered his father, taking over the throne. Thus, Horus launched a war against him, where he defeated him, becoming the King of Egypt. During this war, Horus lost his left eye. Since then, the lost eye of Horus has become a symbol of power and protection.

Ma’at, the ancient Egyptian symbol of ethics. She is the ancient Egyptian Goddess of morality and justice. Ma’at was the Egyptian depiction of the universe, divine order, and harmony. She was believed in the ancient Egyptian culture to emerge in Egypt for overcoming the chaos and immorality at that time, replacing them with justice and morality. She sought to achieve a perfect order and not the perfection of the people themselves. In the court scene , Ma’at was depicted as the justice feather against which the dead’s heart was weighted for testing the truth of him. In case, the heart is heavier than the feather, the heart was devoured by the demon, Ammut.