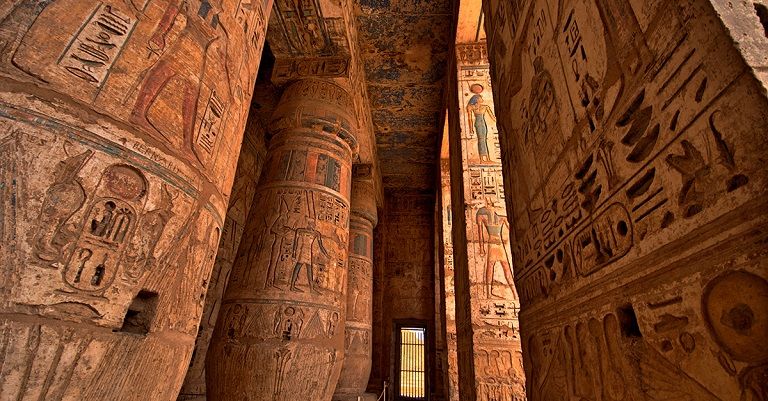 Ancient Egypt is considered as the Greatest among all the ancient civilizations for its majesty of both culture and architecture. The ancient Egyptian secrets are still to be revealed all over the history and till the current day. It is full of mysterious, yet fascinating facts. Let’s explore ten of those thrilling facts.

Incredibly, both men and women in Ancient Egypt wore Makeup, routinely every day. They paid a great care of their appearance, thus they enhanced their look with makeup. The dramatic Eye makeup was the most notable. It was worn by the most of the Ancient Egyptian people. It was made straight and long by the usage of Natural material of Kohl and Copper. Kohl was used around the eyes and sometimes it was also applied on the eyebrows. However, the Copper (the green shade) was worn all over the eyelid. It was believed in Ancient Egypt that makeup has its own hidden magical power. That black kohl was believed to be drawn around the eyes, shielding it from the sun, on the other hand, the copper was to protect their souls.

Cats, the intimated domestic animal were worshiped and considered as sacred animal in Ancient Egypt. The Ancient Egyptians held cats to its highest esteem. Killing a cat or injuring it was a severe penalty. Almost each Ancient Egyptian house had a cat as their pet, protecting them against the evil souls and diseases. She was also believed to bring them good luck and fertility. The cat was made as an Iconic Goddess, whom was called Bastet Goddess. It was half feline and half woman. Bastet was worshiped widely in Egypt, especially in the North of Egypt. She was the domestic life, protecting people and in particular the women against any dreadful disease or danger and granting them good luck and happy life. The most fascinating about ancient Egyptian cats’ monuments is that the statue carries a real body of a cat preserved inside it after a mummification process. Therefore, owning a cat statue of Goddess Bastet is considered a major in most of the Ancient Egyptians till the current day.

Surprisingly, the ancient Egyptians did not ride camels regularly as the most think they did. Instead, they were using the donkeys for carrying the burdens. On the other hand the boats was the common transportation method that was featured by its highly convenience. The fantastic warm nature of Egypt highly helped the boats’ sailing. The Nile River was crossing all the fertile lands, creating a huge highway links all the different living areas of ancient Egypt. The River current helped rowing from south to north. However, for those who wanted to sail to an opposite direction, the winds were in their help. There were two types of boats used in ancient Egypt. First, light papyrus boats were used to carry people in their daily life. Secondly, a huge wooden bridge-like boats to transport heavy stone blocks.

Through centuries women are seeking for their equality with men, however, Ancient Egyptian women were treated as men equals from the very early ages. Both men and women of the same social class were on an equal footing. They had the same roles in the eyes of ancient Egyptian law. It is meant that they both can buy, sell, own, and inherit properties. As well as, the women like men can be punished in courts and cases were to be raised against them legally. Among the fewest ancient civilizations, Ancient Egyptian women could achieve important social positions. Few of them were high officials and some were to hold positions in the office of the Pharaohs. The most suitable example of Ancient powerful women is Queen Nefertiti; she along with King Akhenaton ruled a wealthy and glorious era of Egypt. After the death of her husband, she ruled Egypt shortly before the region of King Tut. Many other Idols of successful Egyptian women are such as, Isis, Ma’at, Cleopatra and many others.

Ancient Egyptian gave a special care to their health believing in “A sound mind in a sound body”. They were healthy due to the variety of activities they were practicing in their leisure time. The activities were varied between Hunting and Games. Ancient Egyptian did not only hunt for food, they were also hunting for entertainment and fun. Sometimes for the rich ancient Egyptian Pharaohs and Nobles large game animals were brought for hunting in an enclosed area. Dangerous animals as Lions and Hippos were hunted as well. They used different weapons for hunting such as arrows, spears and throwing sticks. Alongside with hunting, many other physical activities were practiced for keeping them ready for the wars. One example of the physical activities was Wrestling, it was popular among both rich and poor people. However, it was most preferred by the poor people. Another sport was chariot racing; it was practiced by the chariot drivers to improve their accuracy with bows and arrows during the wars.