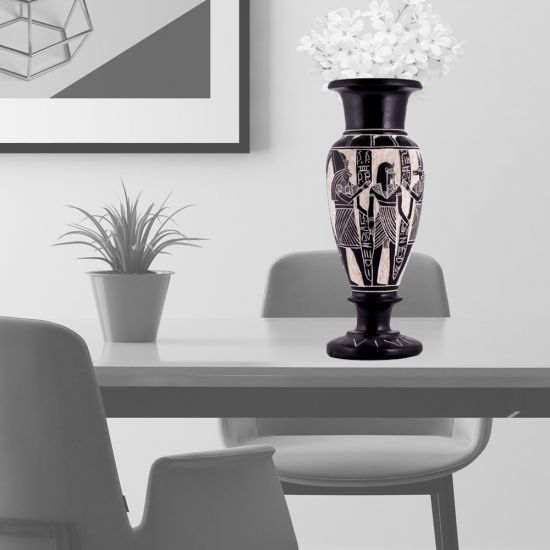 Be the first to review this product
$699.00
Availability: In stock
SKU
0044-PBV-LFB
Add to Wish List Add to Compare
Email
Details

This antique vase is a rare display piece, bringing a royal, pharaonic touch to any space. It is perfect for lovers of Ancient Egyptian mythology and history! This beautiful vase depicts a holy scene with the great gods Anubis and Horus blessing the pharaoh.